Oxymoron: A figure of speech in which apparently contradictory terms appear in conjunction. Axiom: A statement or proposition, which is regarded as being established, accepted, or self-evidently true.

This is the greatest merit of Aquafil, producer of ECONYL®. It transformed a very exclusive industry, one far removed from the concept of recycling, into a great promoter of change towards sustainability. Thanks also to ECONYL®’s use.

What is ECONYL® and how does it related to recycling?

ECONYL® is a nylon yarn regenerated through the recycling of fishing nets abandoned in the seas, carpet, car interiors and generic plastics recovered from the oceans.

It is commonly used in textile flooring and, most recently there has been an increase of its use in the fashion, luxury, design and even watchmaking industries.

How does ECONYL® come about?

ECONYL® is born out of the intuition of Giulio Bonazzi, President and CEO of Aquafil, one of the foremost producers of synthetic fibres for the textile industry in Italy.

Aquafil infact, is the first producer of nylon fibres in Europe, with a turnover of over 500 million euros and it is also renown around the world for its activism in the areas of sustainability and innovation.

In 2011, after more than five years working in R&D and investing 25 million euros, Aquafil rewrote the rules of the game by introducing ECONYL®, the most glamorous recycled fibre, the one everyone wants to use in their collections.

How is ECONYL® produced and what is its impact?

We asked Giulio Bonazzi himself and he told us that the process is everything but simple.

“The wasted collected from the oceans are absolutely disgusting. It is far easier to treat a plastic bottle than a fishing net that has been in the water for many years.”

Once the waste is collected, the first thing we do is to clean and treat them. The nylon obtained is turned back to raw material through a chemical process known as depolymerization, which does not require the use of solvents or other dangerous materials. ECONYL® is born out of this process, a brand new nylon filament, recyclable ad infinitum and produced 100% with green energy.

It is fitting to note that Bonazzi stated, “I get up each morning and think that we are also contributing to reduce the environmental impact in the world”.

Recycling and luxury. How did this coupling come about?

“The greatest environmental impact results from the choice of ingredient, the second from the way in which it is utilized.”

What in past has impacted negatively the coupling between sustainability and fashion, is the fact the available sustainable raw materials were ugly or perceived to be boring by the designers.

ECONYL® represented the change the world was waiting for. Being a synthetic fibre that is recyclable ad infinitum, it allows the designers to create whatever they want, how they want it, therefore avoiding any problem related to style.

Do you feel you are the originator of the shift of sustainability in the luxury world?

Like I always say, the voyage towards sustainability is never finished. Other than producing the ECONYL® fibre, we also partner with those companies that want to enter the world of sustainability and recycling.

To this day, we count many important names among our clients — Gucci, Prada, Breitling, Zanotta, Green Carpet Fashion Awards, just to name a few. Our mission, however, is not only to sell ECONYL®, but to support the companies in the creation of sustainable products.

Such is the case of Napapirjri, with which we have developed a jacket that could be 100% recyclable – obviously made with ECONYL®. It has been a long path for us, one of “learning by doing” as we clearly are masters in production, but through time we have become experts in the production of sustainable finished products, thanks to this partnership.

Recycling can have a different impact based on the stage of production at which it is taken into consideration?

We can see two distinct cases.

The creation of a 100% sustainable mono-material product made with ECONYL® (zippers, thread, labels, buttons) is a clear example that recycling is part of the development process of said product.

A different thing would be when we talk about multi-material products like, for example, a carpet. In this case, we work so that the product maintains its functionality characteristics but that at the end of life it can be easily recyclable/unassemblable.

Consequently, the product can be recycled in its entirety, with a cost that is competitive with the initial material costs.

Will Gen Z play a key role in this topic in the future?

Yes, but also no. This generation is completely different from preceding ones; it has solid values of respect for the environment, inclusivity and digitalization.

It is clear that today, due to the population figures companies must invest in Gen Z in order to intercept the demand that will occur in about ten years. But there is a different factor to be taken into consideration.

Two thirds of Gen Z lives in developing countries, where the access to education is not guaranteed for everybody. Hence, it is quite clear that a part of this generation will grow up without knowing the values and principles of sustainability. What is the solution then?

Legislation must take over and act in those places where education doesn’t reach because there is not possibility. The mix of legislation, education and eco-design becomes so more and more important.

I am still not able to evaluate the impact of Gen Z in its entirety, but it is quite clear that there is gigantic change happening.

We can’t help it but agree with Bonazzi in this last topic as we are at the dawn of a sustainability revolution.

I will conclude this in-depth study of the connection between innovation, sustainability and luxury with a quote from Bernard Arnault, LVMH President and CEO as told to a CNBC journalist:

“Can you say that in 20 years people would still use the iPhone? Maybe not. Maybe we’d have a new product or something more innovative. What I can say today is that, in 20 years, I’m quite convinced that people will still drink Dom Perignon.” 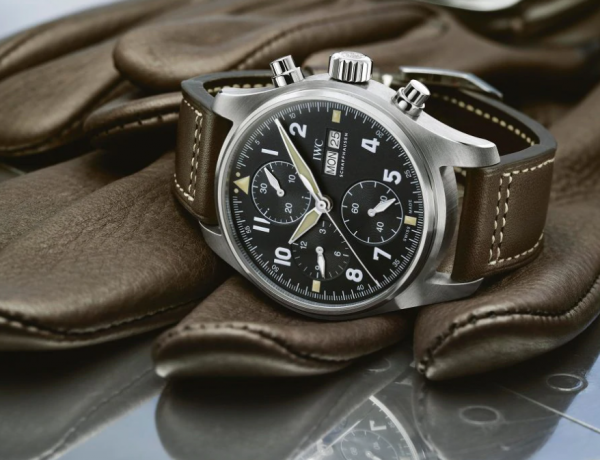 When You Think of IWC, Sustainability Pops into Your Mind 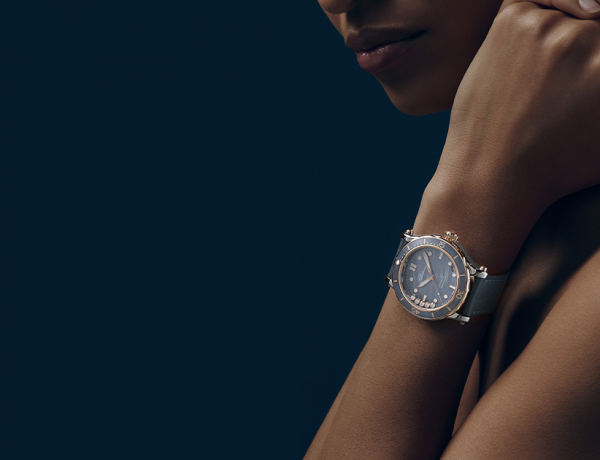 Happy Ocean, the Watch that Celebrates the Oceans

The sustainable beauty of a mechanical watch